Robyn Hendrix creates textured watercolor paintings of whimsical imagery inspired by landscape, nature and biology. She received a Bachelor’s degree in Studio Art from Carleton College in 2005 and has lived in the Twin Cities since 2006. Her work is informed by an upbringing in the Palouse region of Eastern Washington, time spent abroad in Ecuador and Australia, a strong environmentalist and feminist sensibility, and a passion for education and community development fueled by extensive work in the fields of childcare and social service. Robyn was an Artist Organizer with the Friendly Streets Initiative from 2014-2016 and coordinated social media for the Irrigate project from 2011-2014. She was a 2013 Intermedia Arts Creative Community Leadership Institute fellow and previously served as a Board Member and Co-Chair of the Exhibitions Committee for the Women’s Art Resources of Minnesota (WARM). Robyn also has extensive experience as a preschool teacher and earned her Child Development Associate (CDA) credential in 2013. Her paintings and drawings have been included in exhibits at the Northfield Arts Guild, Intermedia Arts, Susan Hensel Gallery, the Katherine G. Nash Gallery, the Phipps Center for the Arts, several WARM member exhibitions, and in a 2011 solo show at the Baroque Room. 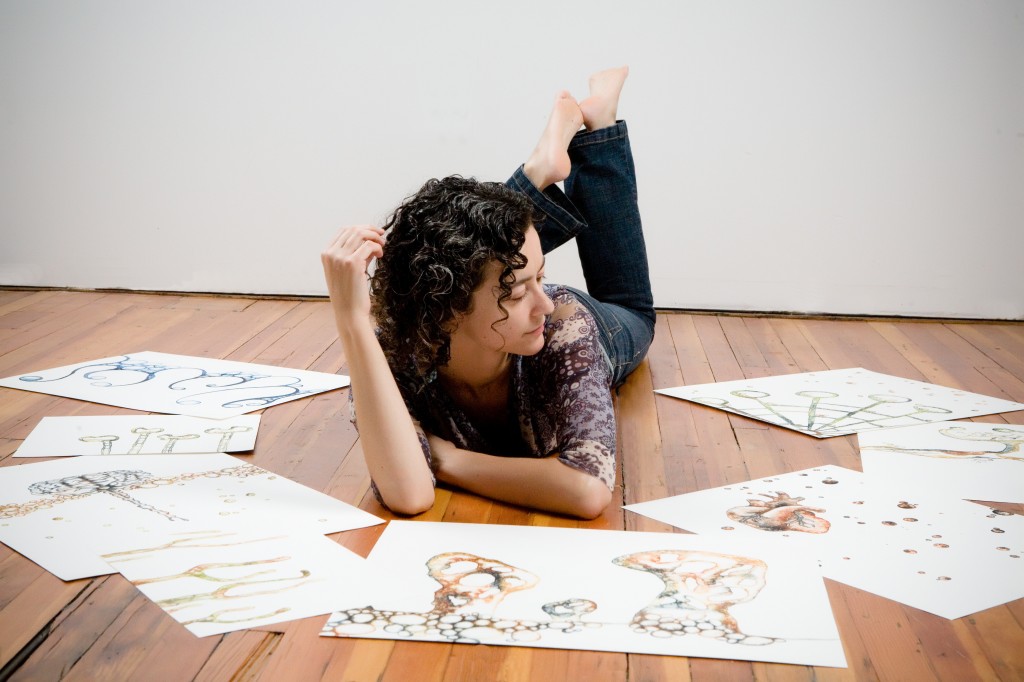 Lines of Sight: The Carleton College South Pacific Drawing and Printmaking Seminar to the Cook Islands, New Zealand and Australia. Featured in 2005 Artists.

April 2011 Local Artist Interview Contest Winner: “You know how they say you should talk to your plants to help them grow? I totally talk to my paintings in the same way.”

August 2012 Twin Cities Daily Planet Arts Orbit: For a house manager, the Minnesota Fringe Festival isn’t over until you…

November 2012 Starling Project Your Idea Here: A Toolkit for Unlocking the Community Potential of Vacant Storefronts with a rental profile for WARM Pop! (pages 60-61)

January 2013 Star Tribune Article Women’s Work and Proud of It by Mary Abbe covering The House We Built: Feminist Art Then & Now at the Katherine G. Nash Gallery and WARM@40, the Women’s Art Resources of Minnesota’s 40th Anniversary Exhibition at Robbin Gallery